Wanna give your mutt some teeth? This is the place.

I strongly suspect some people just want to put lots of bullets down range only because it makes them feel better.

There was a day in Kabul where the Taliban guys were just lobbing RPG-7 rounds into our embassy from an unfinished multi-story building about 800 yards out. As we were located contiguous to ISAF HQ, some of those fellows decided to grab their little carbines, climb up on a conex box and start firing over our outer wall (and over our embassy grounds as well) toward the building where the bad guys were. Heck, that building wasn't even in range but those fellows were blazing away anyway. Being legit military types you'd think they'd know. Maybe they were trying to earn a ribbon or something. Amazing what some folks will do for a scrap of fabric. Now keep in mind this was IN Kabul so those rounds were landing in somebody's neighborhood.

One of our marksmen suspects he nailed one of the bad guys because the target dropped out of sight and did not reappear but because he was working without a spotter and is an honest fellow, he didn't claim it. We had thoroughly ranged potential targets long before this day ever came so it wasn't too terribly complex for him to get set up. That's really the only piece of action the embassy got as the rest of us simply hunkered down, kept the civilians under cover and let the cavalry to our talking for us and I'm not talking strafing runs. Nope.

Once those helicopters finally got underway they just zoomed in, went into a boresight hover Hollywood movie style and they just tore that place and the bad guys up! First the Hinds came in and unloaded on the place (those Hinds always gave me a shiver) and later the Blackhawks came in and gave them what for just to make sure and I got to watch it go down. Not a nice thing to say but I will say it anyway - what a satisfying feeling when someone is getting paid back in spades!
Top

Using a M14 for 800 yards would give you better accuracy I would think.I wonder if that rifle is still in use?
mark

His only shot was made, cold bore, with a govt issued M110 system.
Top

Haven't put anything on here lately but just saw this.

Cabela's has the Smith and Wesson MP 15 22 with the MP Red/Green dot sight on sale right now for an absurdly low price of $299.99

Order online and it ships to the store, so if you want one and have a store near you, this is one H E L L of a deal

Cabela's has the Smith and Wesson MP 15 22 with the MP Red/Green dot sight on sale right now for an absurdly low price of $299.99

Order online and it ships to the store, so if you want one and have a store near you, this is one H E L L of a deal

Back in the 80's when I had my FFL I picked up a AP-74 an AR look a like .22 LR It is a lot of fun to shoot but other hunters look at you funny when your out Squirrel or Rabbit hunting with it!! 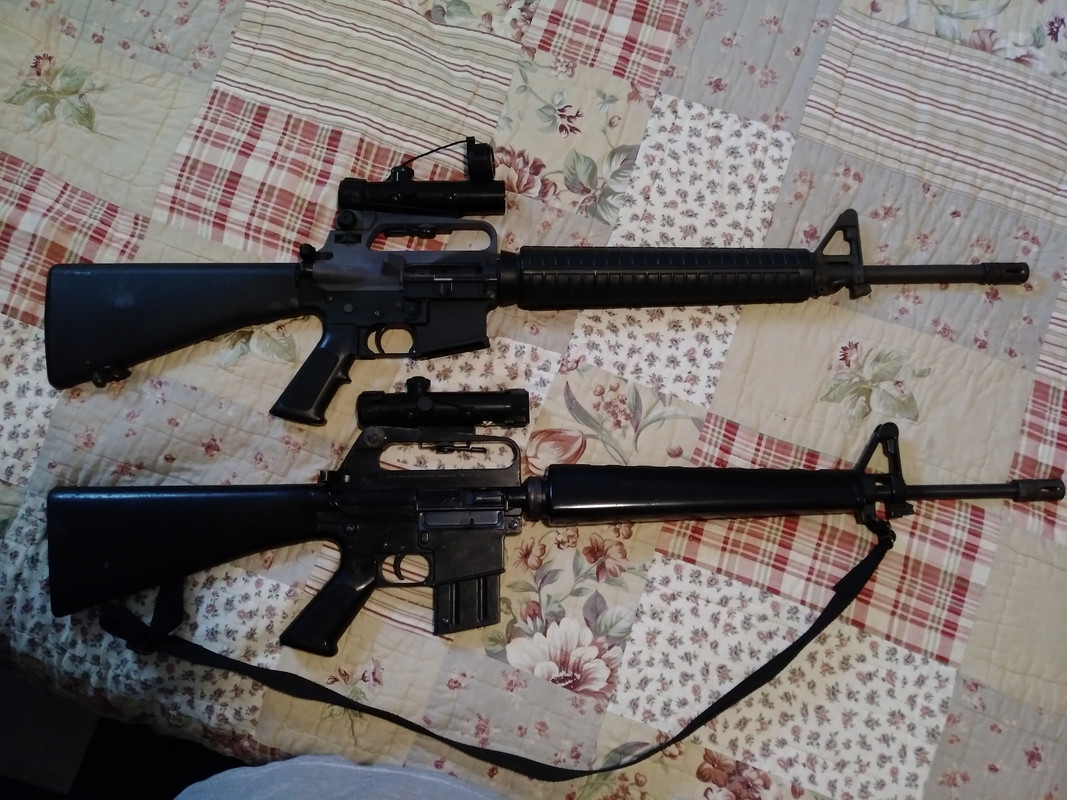 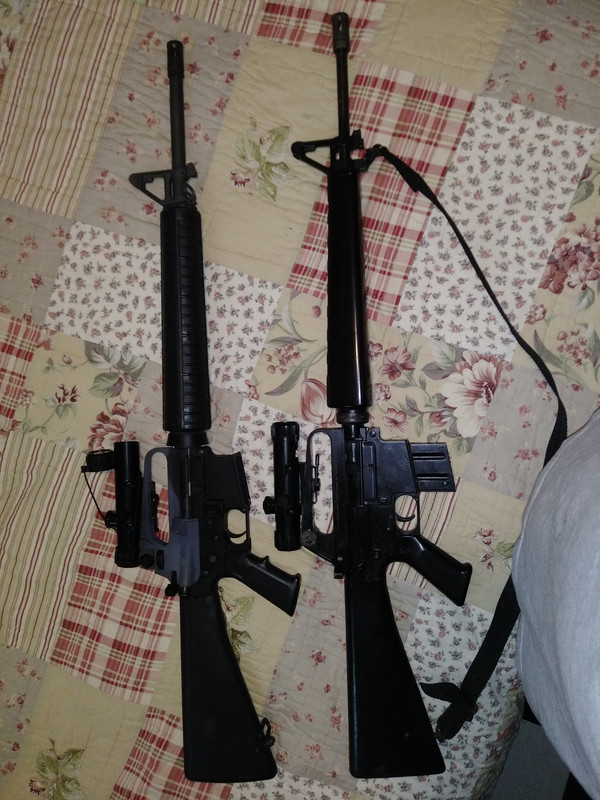 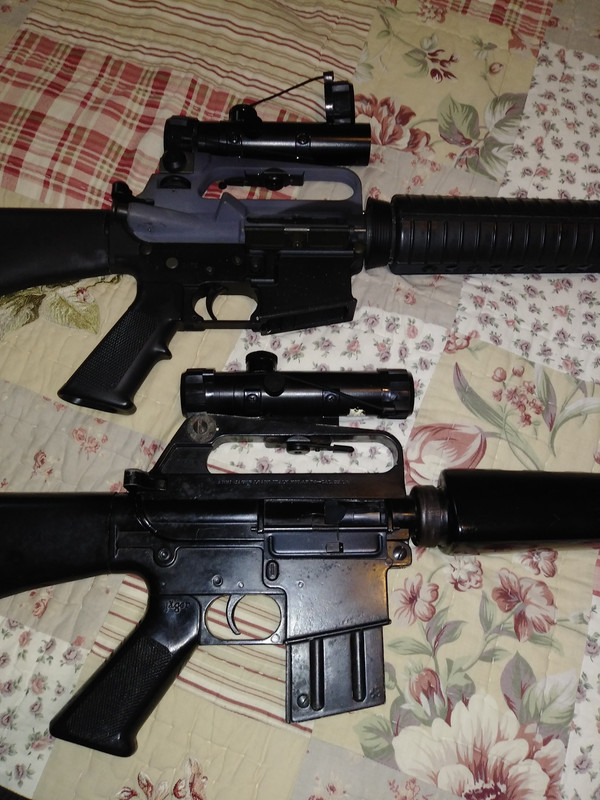 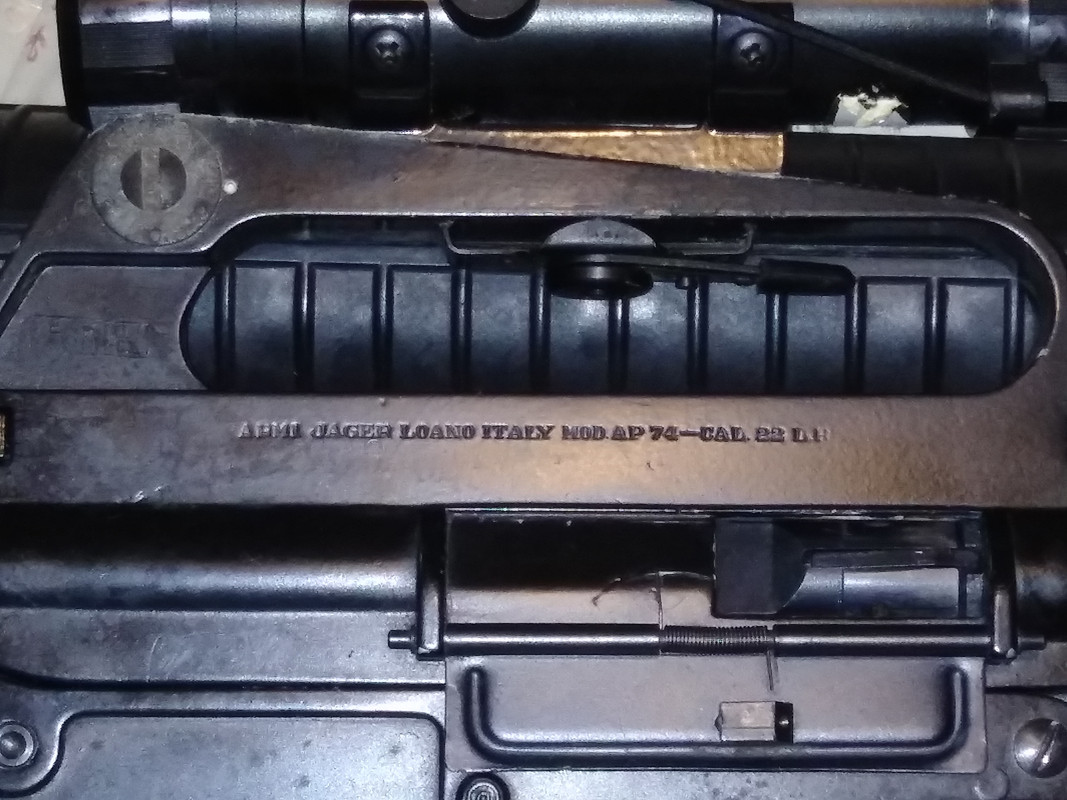 I had that same Italian made .22 in the mid 70s. It was unique as you say and the reactions I experienced were similar. When I bought my first Colt AR 15 (SP1) in the late 70s, I sold the .22. Now I'm back to conversions and dedicated builds in .22. What a fickle lot we gunnutz are